Below are some examples of the activities we organize which highlight our cemetery’s
rich cultural heritage including the commemoration of traditional dates.

Sunset meetings aim to explore the valuable heritage content of our Cemetery. The topics covered are broad and allow for different approaches to the funerary theme, innovating in the creation of a thematic cycle, a first for a cemetery in Montevideo.

The topics explored revolve around the Cemetery being a place of memory, intangible rites and as a custodian of artistic elements that describe an era and a feeling.

We rely on the invaluable support of Architect Eduardo Montemuiño and outstanding guests who present stories that tell of a place with a unique heritage. 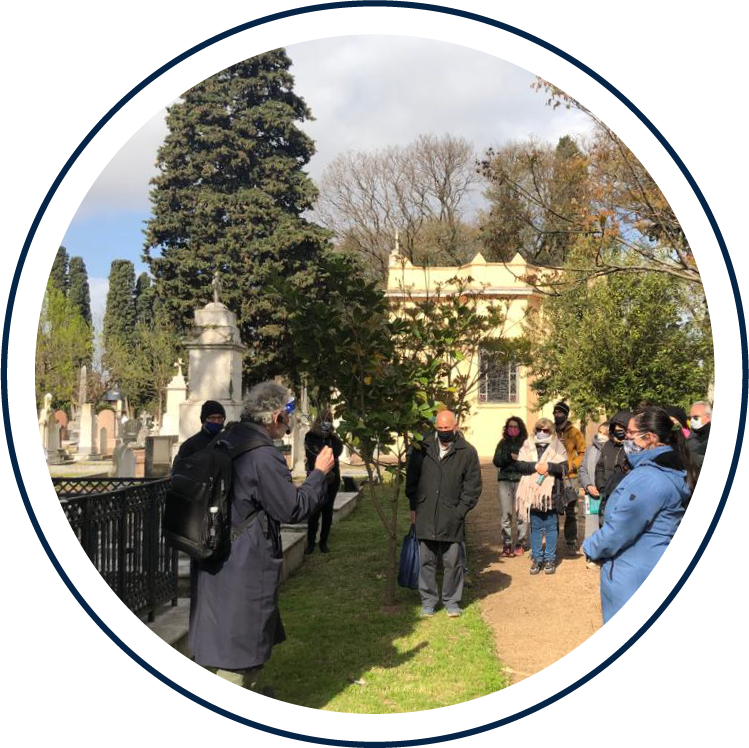 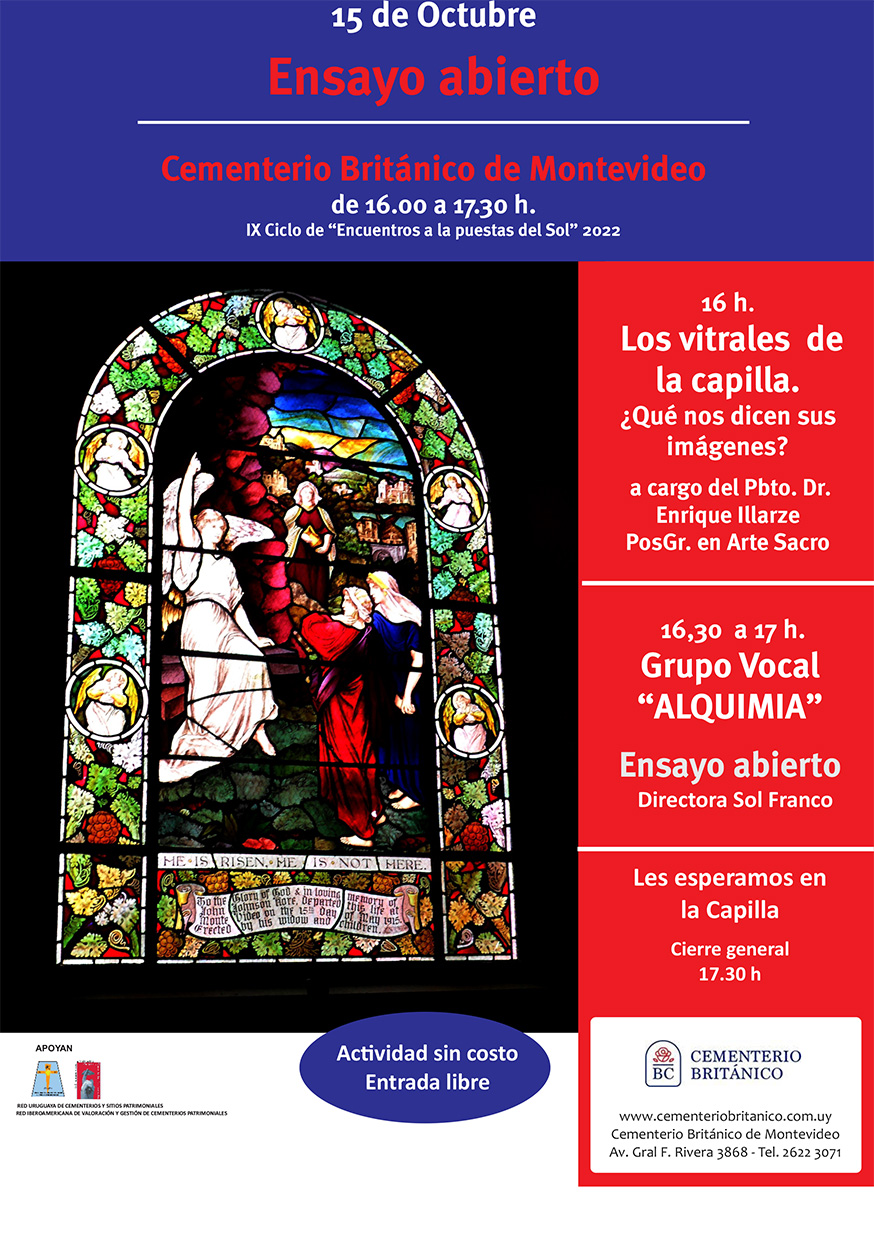 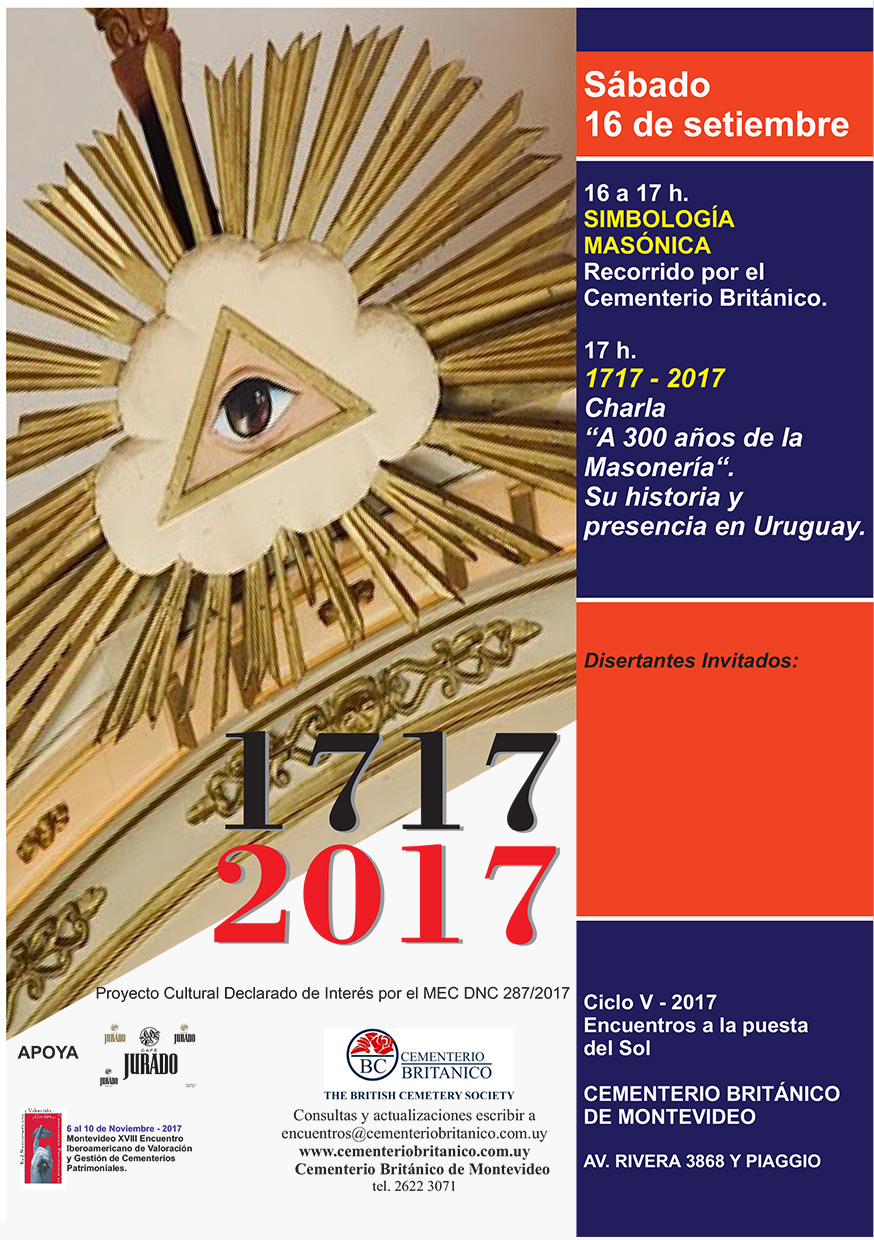 Celebrated on November 11 of each year to remember and commemorate the courage and sacrifice of those who served their country in armed conflicts since the First World War for the achievement of Peace and our responsibility to maintain it.

The date recalls the armistice of the First World War, signed on November 11, 1918 at 11:00 am. in Le Francport, France which is why, every 11/11 at 11 am is the most solemn point of the ceremony, when "The Last Post" is played on the cornet in remembrance of the brave soldiers and civilians who have died in conflict.

It is an emotional ceremony, where the Ambassadors of the United Kingdom, the United States, France, Australia, New Zealand, South Africa, the European Union and Germany are present and where the deceased on both sides of the wars are honoured.

The event is open to the public and begins at 10:40 am. on the lawn near the main gate of the Cemetery. 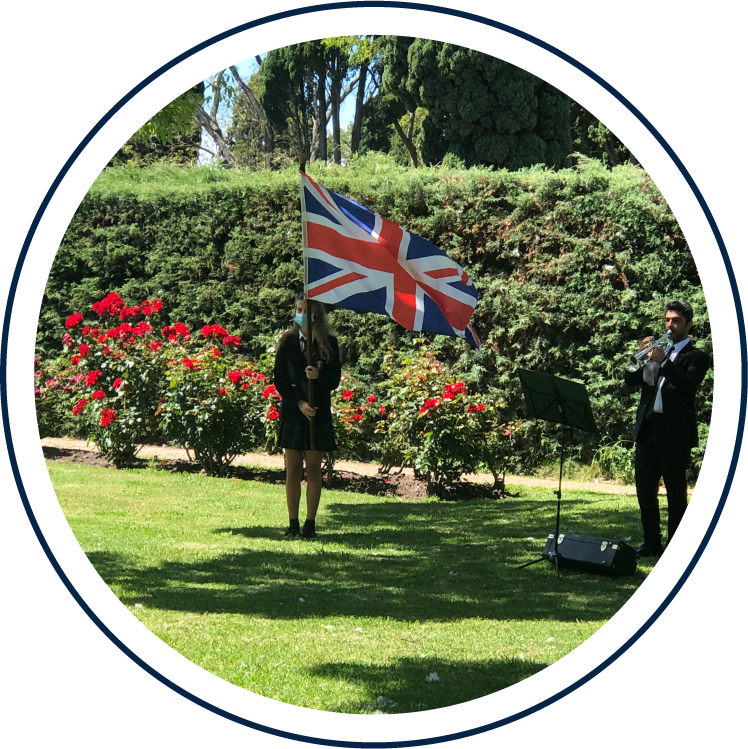 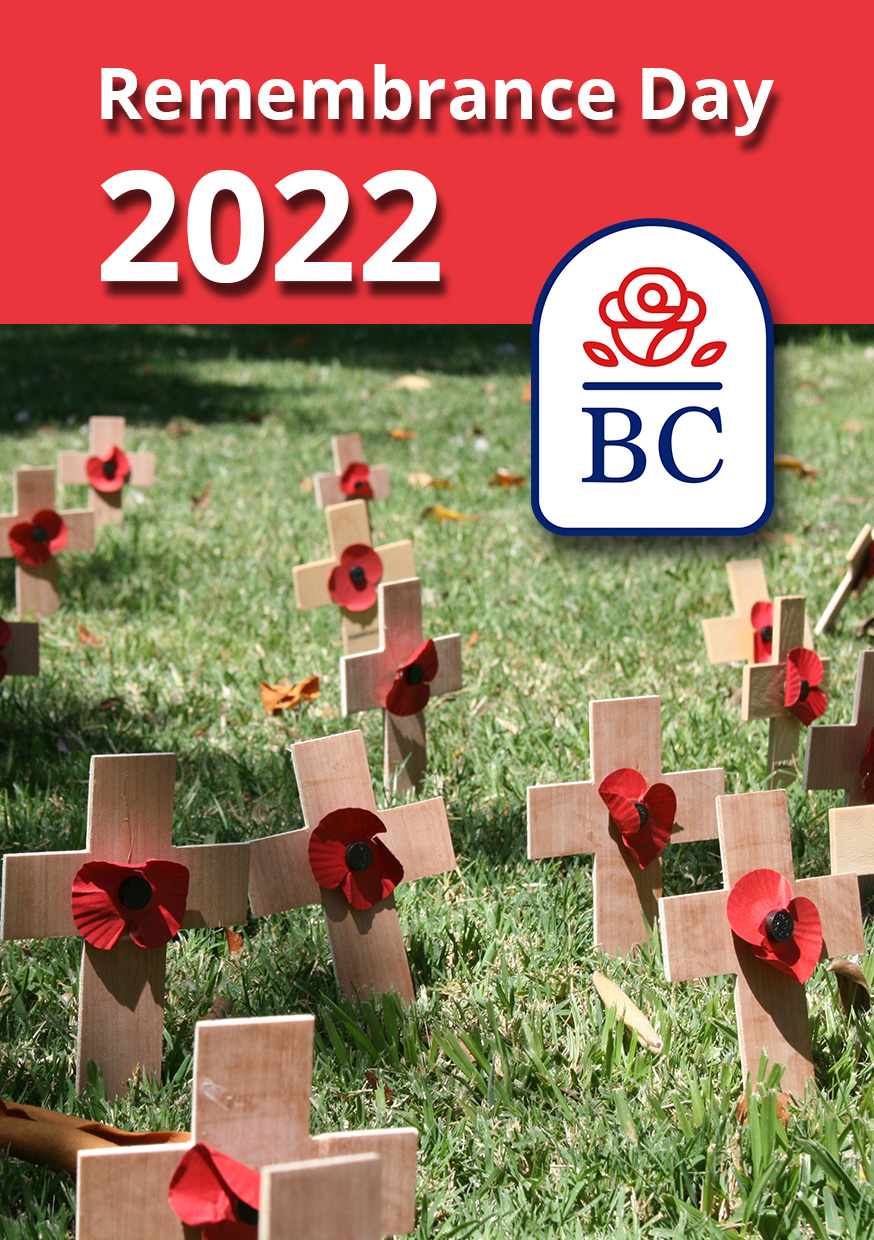 We adhere to this initiative every October with original proposals, where we highlight various themes from the extraordinary cultural heritage that the Cemetery has to offer. The topics are chosen either from our national history, that can be traced back to the origins of our own country, from the diversity of relevant figures of our social and cultural life that have marked their passage through Uruguay and whose remains rest under our care, or from the vast number of funerary monuments and tombstones of various beliefs that make up a heritage of unparalleled wealth.

We invite you to attend these events led by experienced guides who bring history to life in entertaining walks. 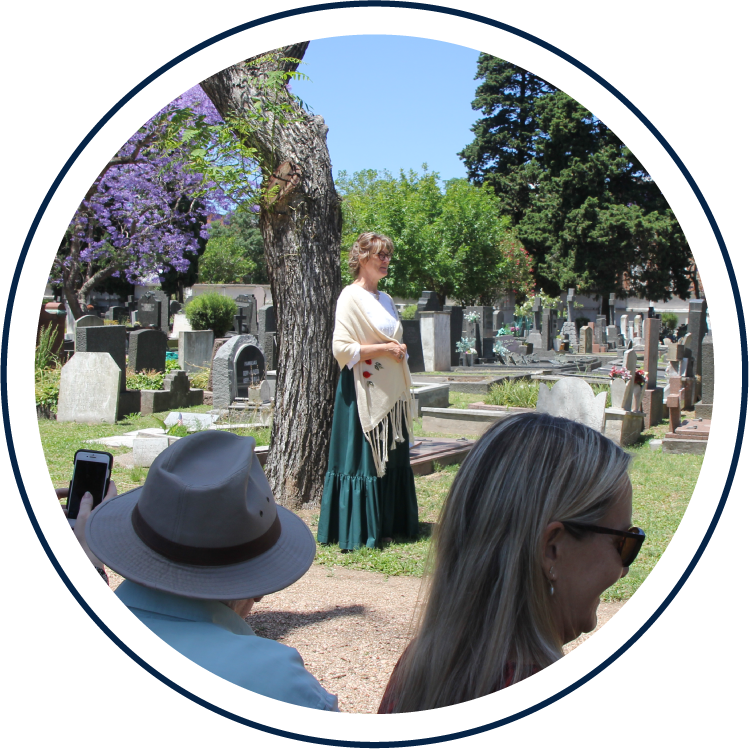 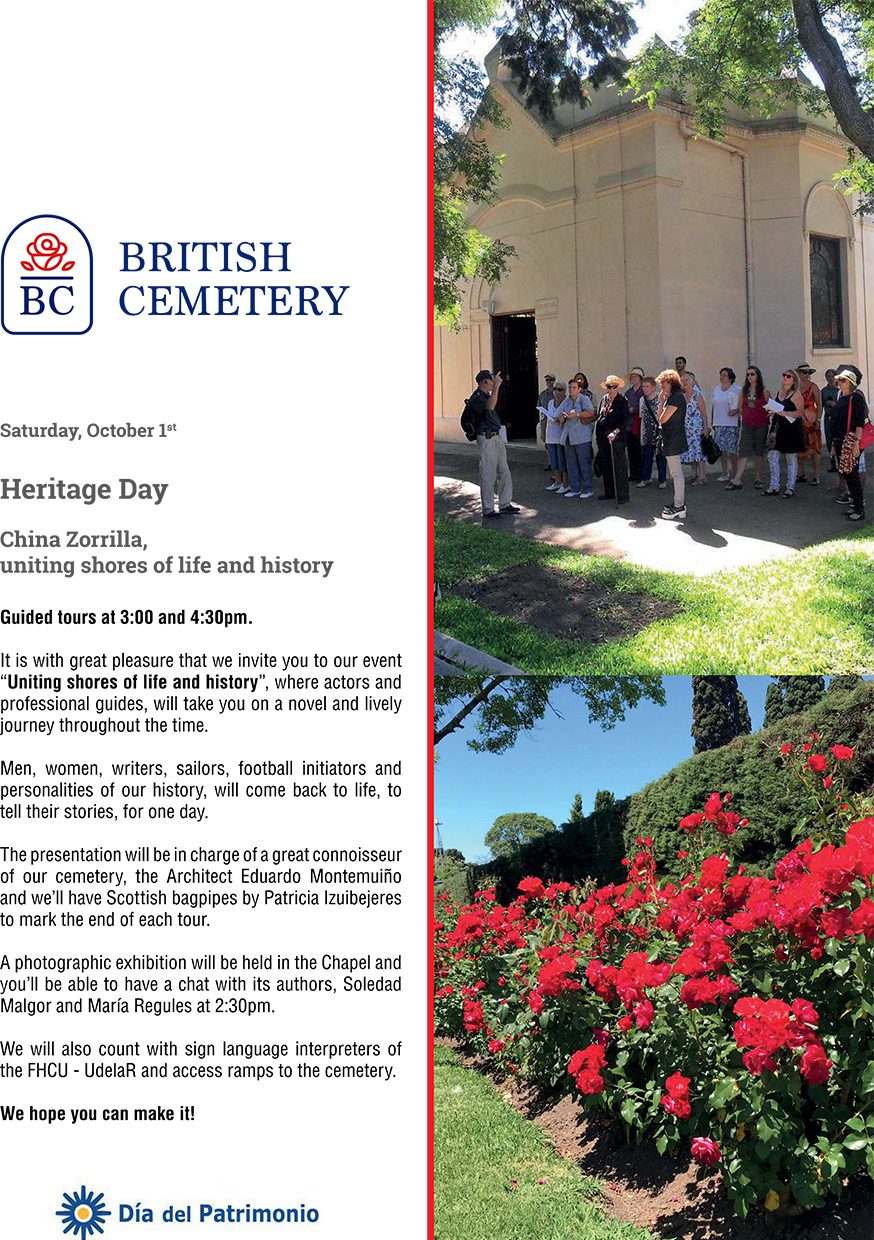 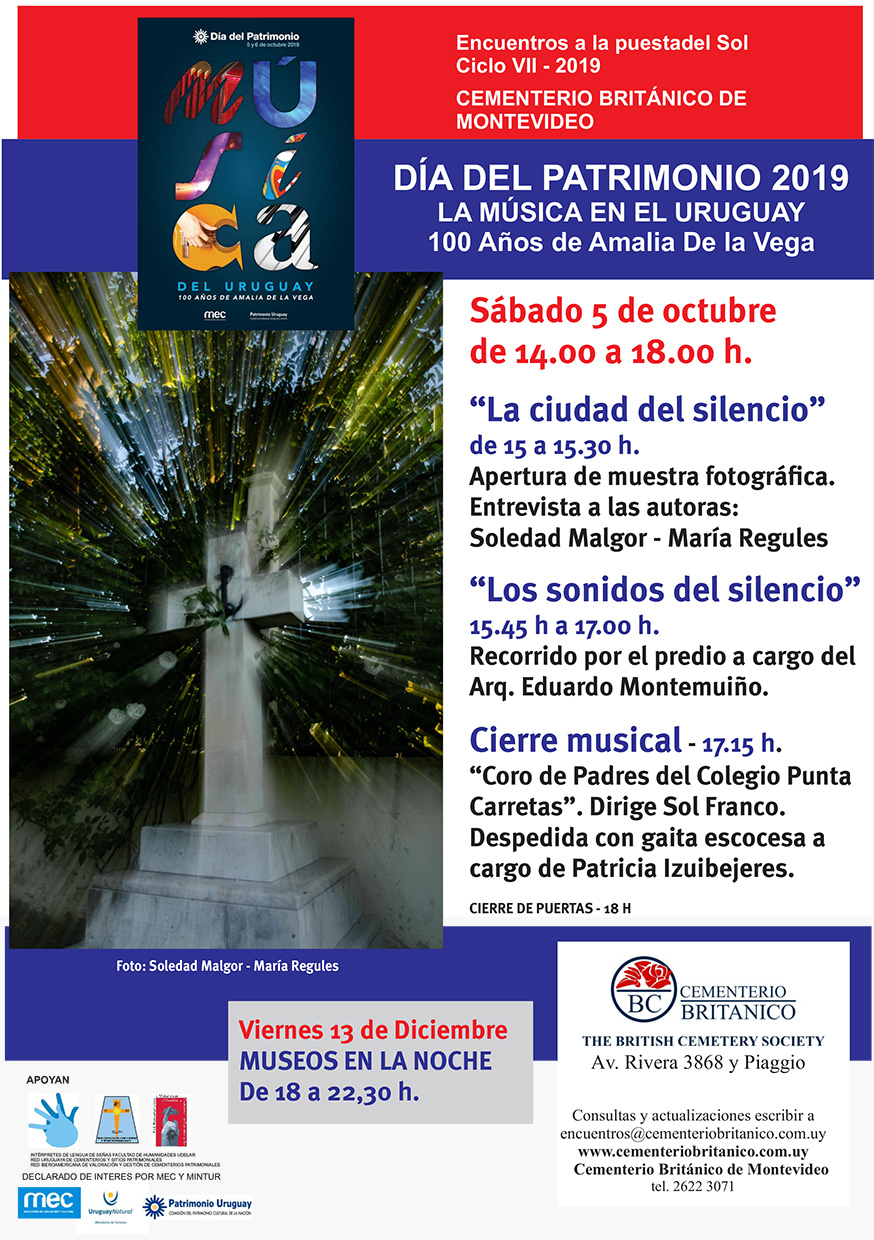 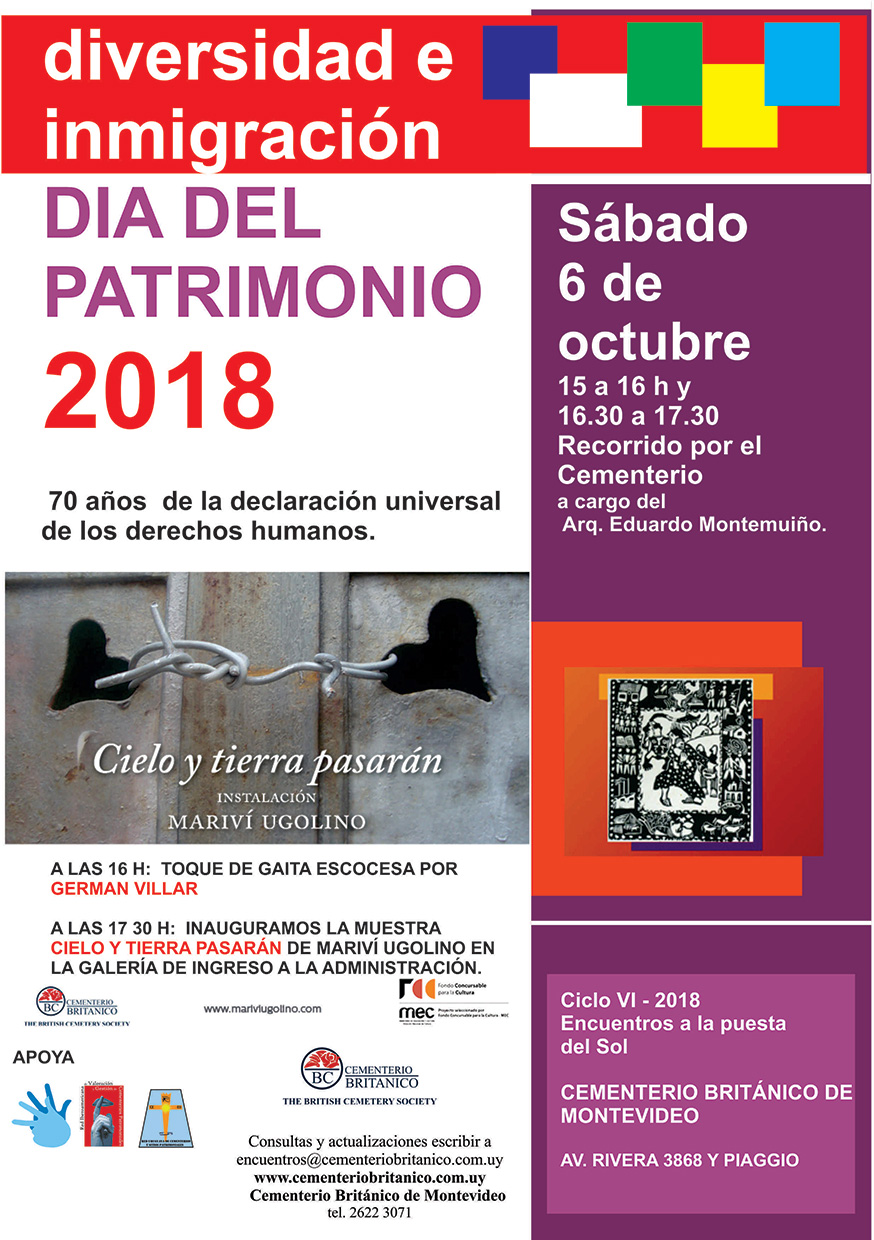 Night of the Museums

On the second Friday of December of each year we adhere to this cultural event with entertaining and varied presentations that have ranged from the staging by actors of characters from our history, which have links with our Cemetery, to choirs, concerts in our chapel and guided tours with themes chosen on a night specially staged for a memorable occasion. 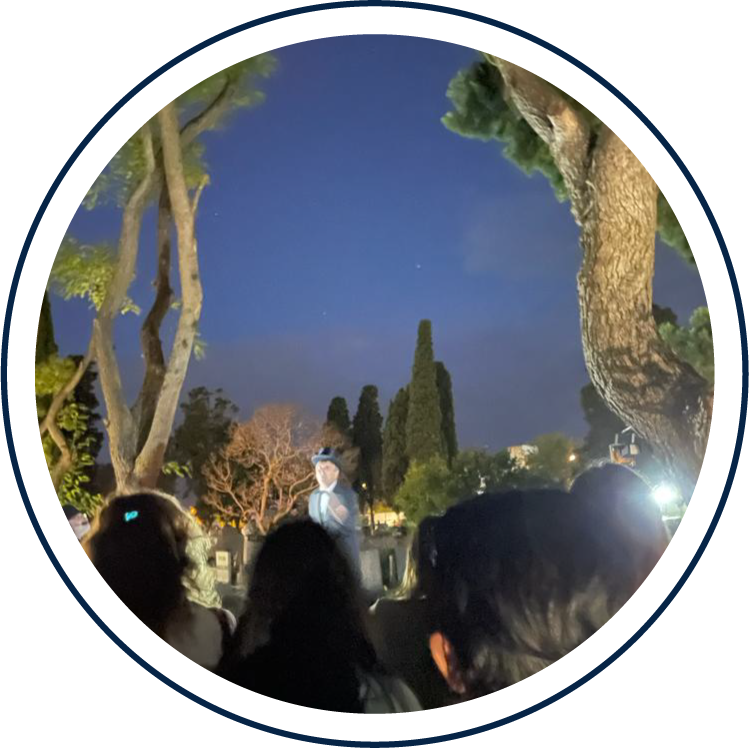 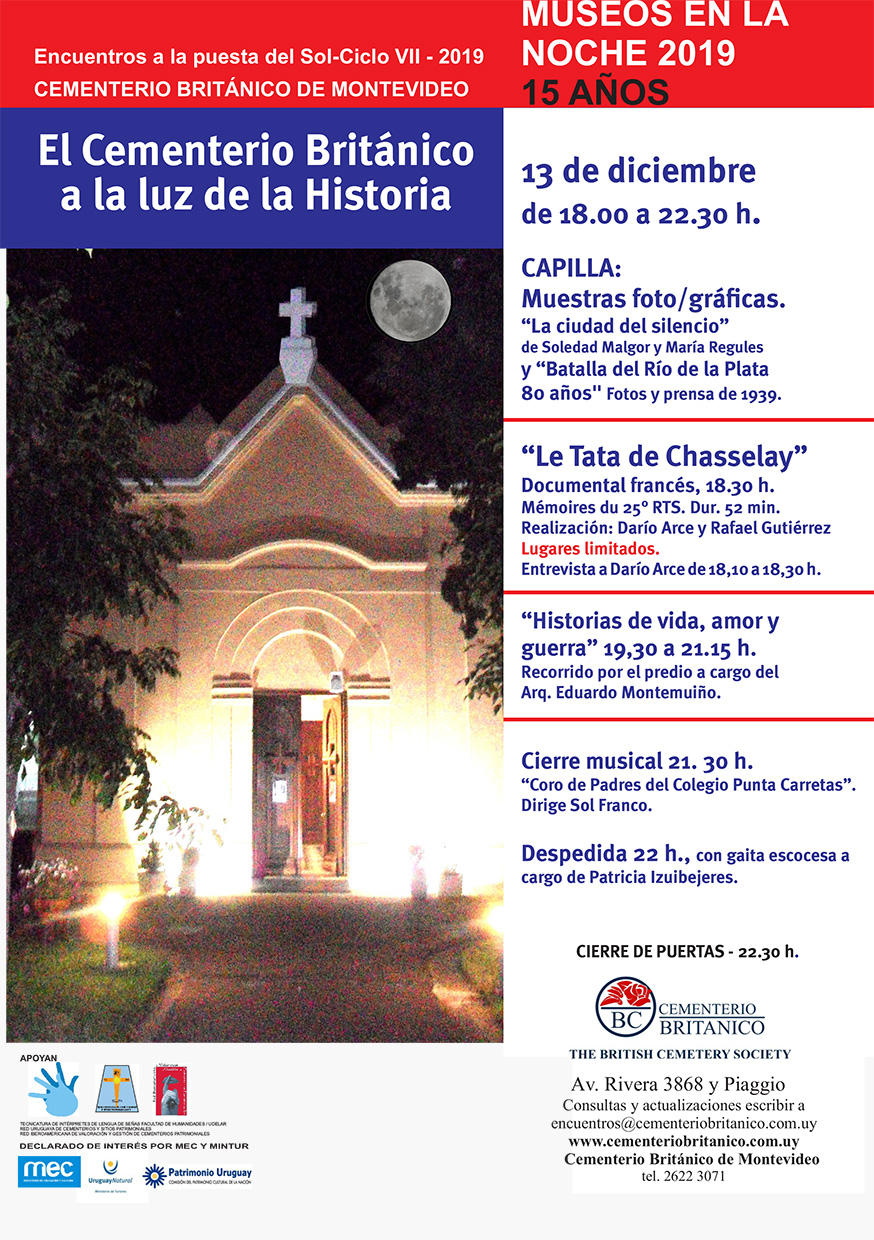 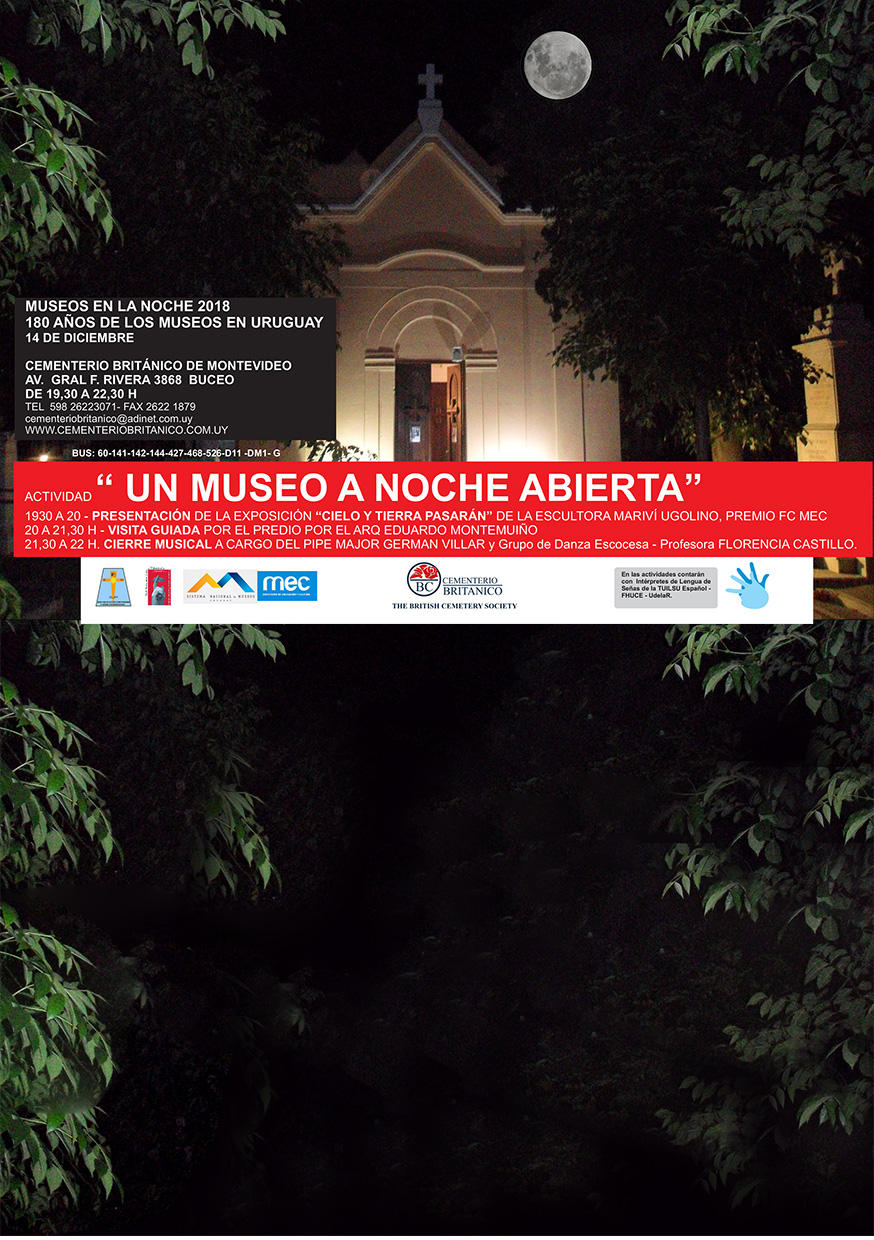 Receive our News in your email